Women are only confined and limited to trying out delicate stuff,’ was a belief until it was proved just a myth by the gorgeous, Ronda Rousey, the first woman in the history who made it to the cover page of a boxing magazine. 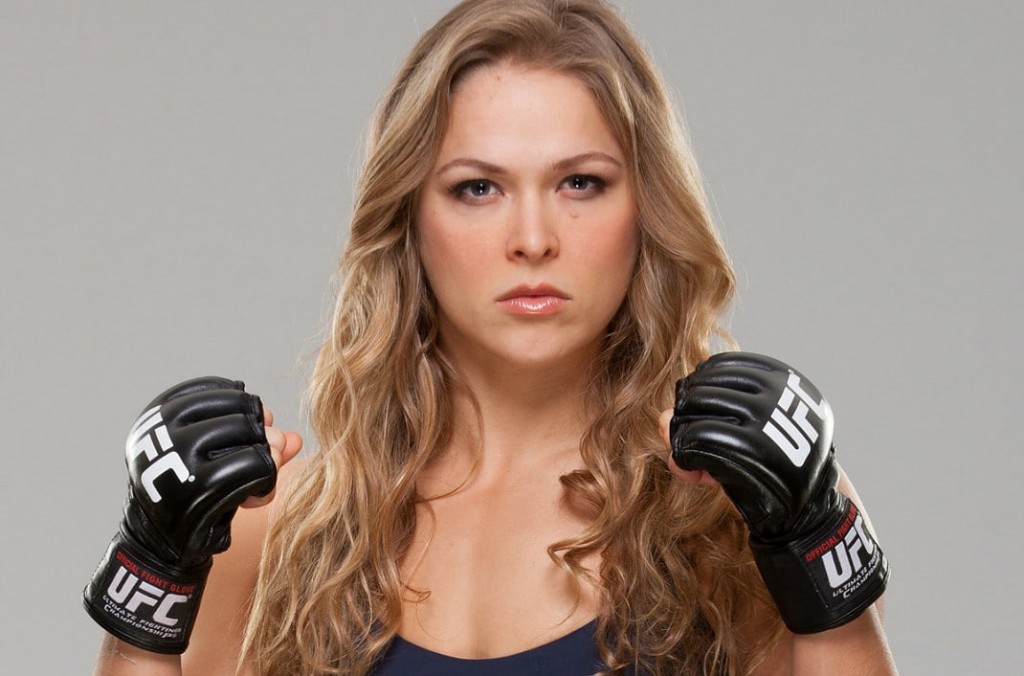 I, like every one of you, was of the opinion that beauty and strength don’t lie together, but she proves every one of us wrong.
Ronda was born on First February 1987, in Riverside, California, United States. Her parents were Ron Rousey and AnnMaria De Mars. She shared a loving relationship with her father; that is why she suffered an emotional setback when her father passed away in 1995. 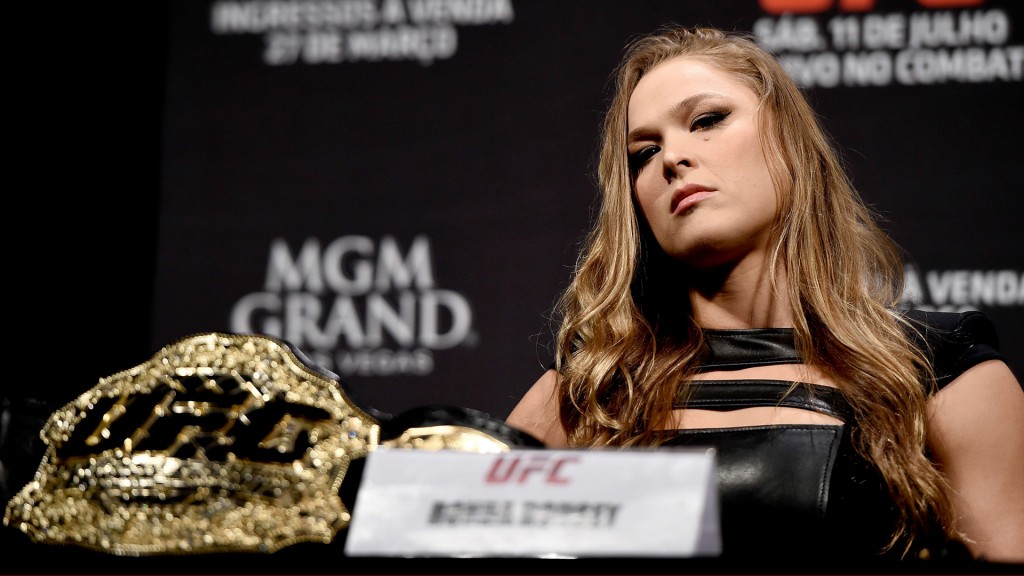 But she made her daddy proud! She is an American mixed martial artist, judoka and also an actress. She is well-known for her phenomenal UFC career, as she lost only one match to Holly Holm in her entire time there.
She is the former UFC Bantamweight Champion as well as the Strikeforce’s Bantamweight Champion.

In recent years she gained immense popularity and following among people, and was ranked the third most searched person on Google.

There are a few surprising facts about her like her first trip to the doctor was because she had candy stuck up her nose. (haha gross)

In her initial years, she had troubles with speaking. Her umbilical cord was wrapped around her neck at birth, which cut off oxygen to her brain. Due to this, she was not able to speak till she was six years old.
Rousey’s name glittered when she won a bronze medal at 2008 Olympic Games, becoming the first American woman to win a medal at Olympics in Judo.

Not just her, her mother was one strong woman as well who had an inspiring character in Rousey’s life. She also won a gold medal at 1984 World Champions Of Judo.

Another fun fact about her mother is that she calls all her boyfriends ‘Bob,’ no matter what their name is. To differentiate, she adds number in the end like ‘Bob One, Bob Two, Bob Three….Bob Six’. Funny, I know.

She is a huge fan of Hulk Hogan. She says that when she was three, she had a 2-foot pillow version of Hulkster that she couldn’t sleep without.

Not just that, she is a fan of Pokemon. Her obsession is huge; she even trained in a Pikachu costume once.
She is interested in sea-life, and even painted a full marine mural in her childhood bedroom.

The tough fighter has suffered many injuries, and none of them have ever made her scared, but the one that makes her most anxious are paper cuts. Paper cuts give her chills for hours and even talking about them makes her uncomfortable. 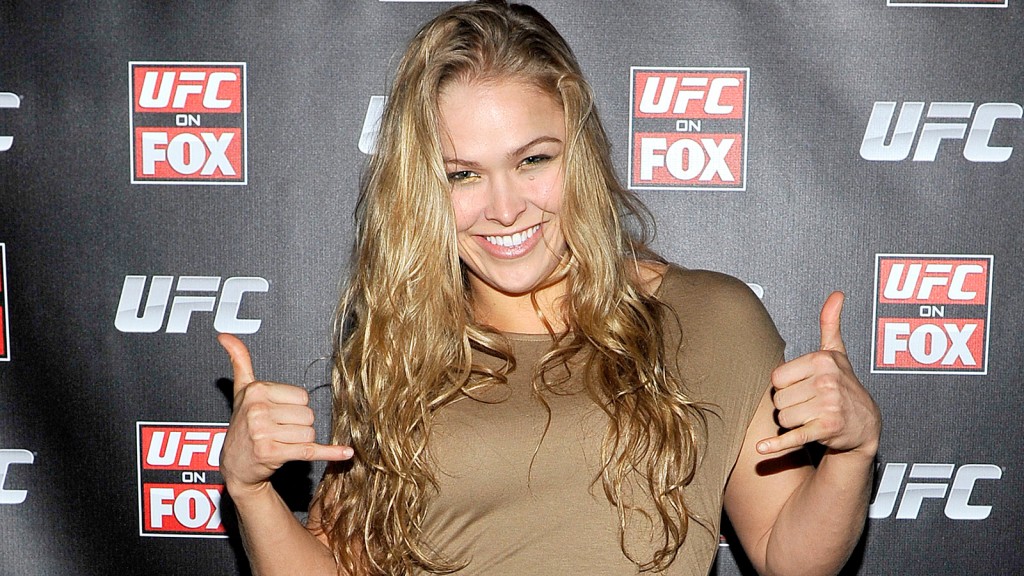 She worked so hard on herself. She used to eat only one meal a day and train hard the entire day. She said that hunger motivated her to train harder.

Not every girl is made up of sugar, spice and everything nice. A few of them are an amalgam of strength, determination, and power.
Ronda Rousey is a super-woman in all the true senses.